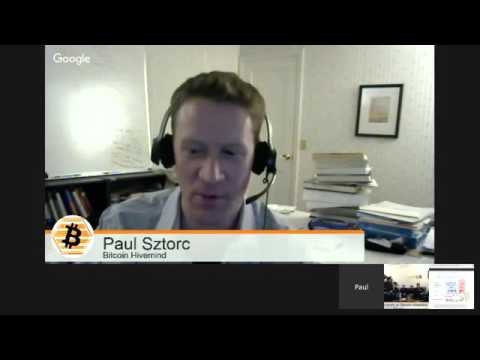 Energy usage will drop by design thanks to these critical industry developments.

📷By Nick Hall On Aug 10, 2018
1,779
1
In March this year, the sky officially fell in for Bitcoin miners. With the slump in prices and the extraordinary energy consumption it takes to mine the coins, Fortune revealed that mining a Bitcoin cost as much as buying one. Green crypto mining wasn’t even on the radar for most people until earlier this year.
That was back in March and they were the good times. Morgan Stanley revealed in April that Bitcoin miners would lose money if Bitcoin slipped below $8,600, even with low electricity figures factored in.
A recent study by Coinshare showed that the numbers attributed to the Bitcoin mining industry have been grossly exaggerated and the energy consumption is approximately 50% of the claimed 70TWh. But the numbers are still too high in terms of the financial outlay and the environmental impact of mining cryptocurrency.
Mining doesn’t begin and end with Bitcoin – and although the consensus is (mostly) set in stone, the way we create the energy needed to extract the next part of the puzzle isn’t. Which is why green crypto mining is the ONLY solution to the diminishing returns issue: more cost, for less reward, will eventually lead to an abandonment of the mine, just as it did for gold miners in California in 1848-49.
We’re not looking for one single solution either. We need four separate ones:


What is cryptocurrency mining?

The Proof-of-Work (PoW) protocol was popularized by shadowy Bitcoin founder Satoshi Nakamoto, building on earlier work by a variety of computer scientists including Hal Finney, and it’s a two-stage process to validate transactions and keep a flow of Bitcoins entering the market. Blocks of data are parsed off and, with Bitcoin, they contain about 1MB. Each block is then locked and coded.
Miners then compete to solve the puzzle and provide the 64-digit hexadecimal key code that it then has to match with a corresponding ‘nonce’, numbers used only once, to claim the reward for unlocking the block and mine Bitcoins. There’s a small fee for validating the transactions, but the Bitcoin miners are really like the old gold miners and they’re after the big paydays.


Why is Bitcoin mining expensive?

In the old days, Bitcoin mining was easy. Back in 2009, a standard desktop computer could mine up to 200 Bitcoin a day. But speed is everything and Bitcoin mining turned into an arms race as Bitcoin soared and the well-funded miners went to war.
Companies like Bitmain, Bitfury and Vogogo spotted a gap in the market and brought professionalism to the Bitcoin mining industry. The Wild West days fell by the wayside and suddenly a standard computer chip would take 98 years to mine one coin, as the super fast rigs of the new breed simply stomped the casual miner into the dust.
The cryptocurrency mining industry even caused the great computer graphics card drought of 2017-2018 as demand for GPUs literally outstripped supply. Used cards were even selling above sticker price and the shelves in-store were stripped bare, but the big guns were already spending tens of millions of dollars to put these home brew operations out of business.
These aren’t computers anymore, they are mission control centers and the power it takes to keep them running is a serious issue for the company’s bottom line and the environmental lobby.
So the industry is looking for a number of different green crypto mining solutions, that will gel together in some haphazard way to form the future of the cryptocurrency market.
The main obstacles are:

It may be hard to visualize the blockchain itself, but we don’t need to. Technology almost always gets lighter, smaller and slimmer. The same needs to happen to block production.
Blockchain is middleware and it needs to be slimmed down, without sacrificing security or functionality. That’s an ongoing evolutionary process, as it was with smartphones, and the blockchain we’re using in 20 years will likely have little in common with today’s code.
Proof-of-Stake consensus algorithms have been pitched as one way of reducing crypto’s carbon footprint. Instead of competing for block rewards, producers would take turns, weighted by the size of their stake in the network.
Staking is unlikely to catch on in the Bitcoin community, but it has many supporters with Ethereum as well as other cryptocurrencies.. That would make the whole validation process more efficient and cheap.

There are mining firms that are still investing millions of dollars in physical equipment and taking on all the sunk costs, when the Cloud is simply taking over the world of advanced computing.
Cloud-based cryptocurrency mining companies are already selling packages to the general public and the Cloud offers increased security, speed and essentially a small slice of the world’s computing power, rather than the machines you buy, install and power up. It also potentially offers AI integration that could leave the traditional cryptocurrency miners hopelessly panning for gold in a dead river.
The Cloud has made self-driving cars and robots a reality. It can certainly ramp up the speed of calculations and leave even a multi-million dollar mining rig trailing in its wake.
The switch to Cloud-based mining is good news for the environment, too, as the power demands would move to localities with the cheapest energy. Without these wild spikes in energy consumption and without these concentrated mines, the main complaints about the industry will simply cease to be an issue.

Cloud-based cryptocurrency mining looks like the obvious solution, but it’s the final cost that determines the methodology when it comes to crypto mining and there is more than one way to do this.
Technically, the likes of Elon Musk could turn the arid sub-Saharan scrubland into the biggest and most prosperous cryptocurrency mine in the world with a vast array of solar panels and Tesla PowerPack batteries to keep it running through the night.
Cheap land and free energy means that hardware would be the only major cost to consider in this instance. Alternatively, a State-sponsored mining firm in a smaller nation could easily co-opt hydroelectric or solar providers to work with them to reduce energy costs. Even the ones that use grid power can select the world’s cheapest nations and bulk buy energy in blocks.
Potentially, then, we could still have the grand-scale mines that bring economy of scale and environmentally-friendly energy production to the world of cryptocurrency mining.

It does not matter how the industry develops, or if Cloud computing or giant mines are the future, the days of the home cryptocurrency miner are numbered.
Just like the mom and pop mines of the goldrush days gave way to corporate giants with drilling and excavation machinery that made the old pick and shovel look slightly ridiculous, the same will happen in cryptocurrency mining.
Competition will continue to grow, the margins will likely drop even further and the flagrant energy use of today’s cryptocurrency miners simply won’t be an option. Miners that don’t streamline their operations and adopt some form of green crypto mining process will simply run at a loss until they go out of business.
Bil Tai is the Chairman of Hul 8, the North American arm of Bitfury Group and one of the biggest suppliers of cryptocurrency mining equipment of the world. Even he expects just 5-10 giant mining companies to survive the impending cull.
“It’s totally different this year,” he told Bloomberg. “The bitcoin mining industry was this mysterious, dark, cottage industry. It’s about to grow up and scale institutionally.”
There’s a dark side to these tech giants emerging, as they will technically have the power to exert an influence on a coin’s value, not just its creation. That is a problem the industry will have to examine at some point. This simple danger, though, is not enough to turn back the tide of progress.
So, we can expect to see a handful of mining companies dominate the industry as they make the best use of the available technology.

One way or another, the environmental issues that dog the cryptocurrency mining industry are set to disappear.
It will be the free market that drives down that energy usage, rather than regulations and sanctions. The days of the home crypto miner are simply coming to an end, though, as the industry matures and large companies descend and fight for dominance in what could become a $38 billion a year industry by 2025.
That comes with its own set of tradeoffs, especially for philosophical hardliners. Like it or not, a leaner, greener cryptocurrency mining process is just around the corner, and big business is going to create it.
ECOCRYPTO
FOR GREEN CRYPTOCURRENCY MINING
FUTURE OF CRYPTOCURRENCY
DEPENDS ON ECOLOGICAL MINING
"CRYPTOCURRENCY DEPENDS ON ECOLOGICAL MINING"
Donate BTC to support awareness enquiry:
1EaSG3WmY5fRXedhy9tbbJK3tGftKp4sAZ

Vogogo Bitcoin Mining Operations Update. Article Stock Quotes (2) Comments (0) FREE Breaking News Alerts from StreetInsider.com! E-mail Address. StreetInsider.com Top Tickers, 5/21/2019. 1. TSLA 2 ... Canada-based Vogogo Inc., a bitcoin service startup has announced the closing of its payment processing service next month following its failure to gain traction. Apart from failure in generating ... Bloomberg the Company & Its Products The Company & its Products Bloomberg Terminal Demo Request Bloomberg Anywhere Remote Login Bloomberg Anywhere Login Bloomberg Customer Support Customer Support User who turned $200 in Ethereum into $250k due to altcoin bug comes clean Nick Chong · 10 hours ago · 3 min read “Vogogo is very well positioned with today’s Bitcoin price of approximately US$8,000 and our cost to mine a Bitcoin at approximately US$3,500. In addition, we are pursuing other opportunities both inside and outside of the crypto space to enhance shareholder value.” added Mr. Leggett.

Programming in Visual Basic .Net How to Connect Access ...

Ramesh Damani, Chairman, D Mart, while addressing people present at the Wealth Creation Summit organised by Badjate Stock and Shares Private Limited in Nagpu... Enjoy the videos and music you love, upload original content, and share it all with friends, family, and the world on YouTube. We said we wanted to deposit the value of $25 Canadian, which they will then break down and give you a conversion into what amount of bitcoin that is. On this day, one bitcoin was worth $566 ... Skip navigation How To Open A BitCoin Wallet - Get $10 Free when funding & using these account.