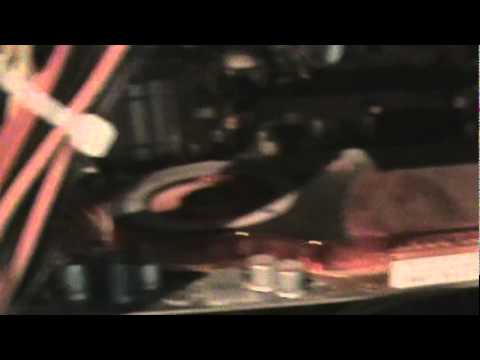 Why you should buy a used Mining Card.

This post will be for people who are looking to get the most value for their dollar. So if you hate spending your money wisely, stop reading now.
For those less interested in reading, here is video version of this post: https://youtu.be/iplQuI6YxM8
As of the last week and a half, it appears the mining apocalypse has finally died down because graphics card prices are, for the most part, back to their market sale retail price.
Now for a lot of people, that’s great news and they will be buying their 1070 ti’s and 1080’s they have been waiting to buy. Some people are even awaiting the new line of Nvidia cards to come out and buy those. However, there are still a lot of people out there where financially it just doesn’t make sense for them to spend $450 to $600+ on a graphics card. Or just straight up don’t want to pay that much.
So what can you do? Well, given the current market, this is my solution.
If you paid close enough attention to the mining craze, you would have seen that the popularity of alternate coin mining favored the use of Nvidia GPU’s. Thus the demand and prices for Nvidia cards above 2GB skyrocketed. Originally, Radeon cards like RX 480’s and RX 500 series cards were the craze because people would use those cards to mine specific coins (aka Bitcoin). But like I stated before, that trend changed when alternate coin mining became more popular. So what happened to these Radeon cards? Well I didn’t see a lot of them on sale on craigslist or eBay so I assume that people continued to mine with them while barely making it worth what it cost to do so and maybe even attempting to switch over to Nvida cards. However now that the profitability of Alternate mining is down in the dumps and mining altogether right now sucks, people are finally selling ALL of their cards. The best part is, that the Radeon cards now have to compete with Nvidia cards on the used market. Now what makes this so great is that Radeon cards have always been cheaper than Nvidia cards. It’s what they’ve always done to be competitive and make sales. So when an Nvidia card is used, and has been used for mining, the price of that card drops significantly and as a result of that, the Radeon cards have to drop even lower than that, otherwise they won’t sell at all. So what does this mean? It means that right now on the used market, if you want to pick up a high-end gaming card for your rig, get a Radeon card! They’re cheap as hell!
Now a lot of you might be thinking “Yeah I mean, I like to save money as much as the next guy, but I don’t necessarily want to buy a card that’s been trashed in a mining rig.”
Well, allow me to clear up that misconception.
The 1070 Ti I brought brand new for $550. I use it in my own personal rig. The RX 570 8GB card I got for $215 off of craigslist from a miner. The 1070 Ti costs 61% more than the RX 570. So basically, if the 1070 Ti doesn’t perform 61% better than the 570 on these benchmarks, the 570 is a better deal. (These cards were both tested in a system with these components: i5 8600k, 16GB of DDR4 2400 MHz RAM and both cards were not overclocked while testing)
BENCHMARKS
FPS Average: 138.2
FPS Average: 103.2
Now since the 1070 Ti costs 61% more, ideally, you should be getting 61% better performance.
But, after looking at the benchmarks, the 1070 Ti only performs 25.5% better than the RX 570 8GB on average. Essentially, if you choose the 1070 Ti over the RX 570, you're choosing a deal that is 34% worse. And this doesn’t even take into account the additional performance you could get from the 570 if you overclock it.
Now obviously you have to take into account the warranty you would receive if you buy the new card and that extra 34% might be worth that piece of mind to you. However I have been testing the 570 pretty extensively outside of these benchmarks with my editing software and other benchmark tests and the results continually show that the 570 is in good working condition and is definitely worth buying. Now you might be asking, where do I go to find these cards? Well, I’ve said this before on my channel but Craigslist is always your best bet because it is very hard to beat local deals when comparing to what you could find on eBay.
Anyways, that’s the end of the post, I hope you guys enjoyed this comparison and hopefully this information can help somebody to save some extra cash. If you have any questions, feel free to leave them below. As always, have a good day!

Hohe Kurse von Kryptowährungen wie Bitcoin, Ethereum und Zcash machen stromfressendes Mining mit Grafikkarten wieder rentabel - ein Geschäft auch für Hersteller von Mainboards und Zubehör. Bitcoin mining is big business these days, with people able to 'mine' a digital currency in their own homes. Before Bitcoin had its big take off, mining Bitcoin at home was actually lucrative - if ... Accurate Bitcoin mining calculator trusted by millions of cryptocurrency miners since May 2013 - developed by an OG Bitcoin miner looking to maximize on mining profits and calculate ROI for new ASIC miners. Updated in 2020, the newest version of the Bitcoin mining calculator makes it simple and easy to quickly calculate mining profitability for your Bitcoin mining hardware. Some examples include the 2400 h/s Bitcoin Gold miner, the 230 mh/s Ethereum mining rig, the Antminer S9, the Antminer D3 and more. In general, their machines mine most existing PoW cryptocurrencies and for the products that have no price tag, you are able to contact them to find out the prices. In addition to mining rigs, the company also sells cables, GPUs, CPUs, cases, RAM, motherboards ... This order is then forwarded to everyone who is connected to NiceHash with NiceHash Miner or other mining hardware (like ASICs). Your provided computing power will fulfil the buyers order and you get paid for this service. MINING. Start Mining Mining with CPU/GPU ASIC Mining NiceHash OS Algorithms Find Miner Profitability Calculator Stratum Generator Private Endpoint. HASH POWER MARKETPLACE ...